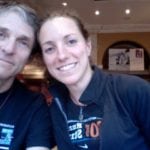 Group Healing and Transformation – Accessing the power of the universe.

One hour to 1 ½ hours of Matrix Energetics

Maximum # of people in group limited to 21

Come with your list of conditions or situations you’d like to transform and put your name of the Matrix Energetics Grid and notice what shifts!

In the peer reviewed Journal for Scientific Exploration Vol 14, No. 3, p 353-364 (2000), researchers Dr. William Bengston and David Krimsley concluded that energy healing is highly beneficial.  “The Effect of the ‘Laying on of Hands’ on Transplanted Breast Cancer in Mice”

In the study listed above, the researchers took genetically uniform mice and injected them with a strain of breast cancer, mammary adenocarcionoma, which has a 100% mortality rate.  The mice were then put in 3 different groups, a control group that was moved to another city, an experimental group which was given energy healing as taught with a particular method to skeptical students, and a third group that was placed in proximity to the experimental group but received no formal energy sessions or treatments.

The results were quite interesting.  The experimental group had remission rates of between 70% and 100%.  But amazingly the group that was not treated but placed in proximity to the treatment group showed 50% to 85% remission.  The control group had 0% remission; meaning the mice in this control group all died.

This is in a peer reviewed journal by respected scientists.  I found this information in the book by MIT and Princeton trained quantum physicist Claude Swanson, PhD in his book Life Force, The Scientific Basis:  Breakthrough Physics of Energy Medicine, Healing, Chi and Quantum Consciousness.