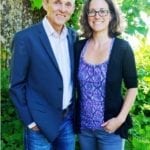 What is it?  What are the causes of it?  Has anyone ever fixed it up?  Does any one that ever had a diagnosis of Fibromyalgia have a true success story?   Has anyone been cured from Fibromyalgia?

so what are the symptoms:

Fibromyalgia is a chronic condition characterized by widespread pain in muscles, ligaments and tendons, as well as fatigue and multiple tender points — places on a person’s  body where slight pressure causes pain.

Fibromyalgia occurs in about 2 percent of the population in the United States. Women are much more likely to develop the disorder than are men, and the risk of fibromyalgia increases with age. Fibromyalgia symptoms often begin after a physical or emotional trauma, but in many cases there appears to be no triggering event.

The pain associated with fibromyalgia is commonly described as constant, dull, and  aching.  It typically arising from muscles.  The pain occurs on both sides of a person’s body both above and below the waist.

Fibromyalgia is characterized by tender points. Tender point locations include:

Fatigue and sleep disturbances
People with fibromyalgia often awaken tired, even though they seem to get plenty of sleep. Experts believe that these people rarely reach the deep restorative stage of sleep. Sleep disorders that have been linked to fibromyalgia include restless legs syndrome and sleep apnea.

Other conditions which seem to go with Fibromyalgia:

Ok so does that sound like the medical profession knows what it is and what causes it?  Not really.  Basically all western medicine has to offer is to list the symptoms and lump them together and call it a syndrome.  Not much help there.

With Integrative Manual Therapy (IMT), we have found some signs in the body that are found when someone presents with this syndrome.  They are as follows:

1.  toxicity – with IMT we can do an assessment called Myofascial Mapping to determine areas of dysfunction.  With this Mapping assessment what we have found is pathology in areas indicating Toxicity;  This includes motilities and rhythms in the body associated with infection and inflammation.

2. Lymph system problems.  We find decreased lymph flow.  Basically the toxicity is backing up and the lymph system is having a hard time cleaning it.

3.  Decreased elimination systems.  We find problems in the Liver, hepatic and portal veins, sigmoid colon, spleen and kidneys/ureters.  Basically the routes of elimination are having a hard time dumping the toxicity.

4.  Increased % of extracellular water compared to % of intracellular water.  This is due to toxicity again.  The body is trying to wall off and dilute the toxins so the cells are dehydrated and the water is more outside the cell than inside the cell.  In this case the chemical reactions in the body cells are compromised and the communication between cells is decreased.  If left unchecked this can lead to serious problems.

5.  Inflammation.  With all the above going on the body is inflamed.  The body can’t dump toxins and it gets irritated.  Then the body starts fighting the infection and toxicity and turns up the cortisol levels and adrenals.  When this happens the body is in “fight or flight” and does not heal well.

So what to do?

With IMT we have manual therapy hands on techniques to clear the above problems.  With Matrix Energetics we have a way to supercharge the IMT and help it occur faster and continuously.  Patients can continue to improve even after leaving the office.

I’m including a success story from one of our clients.  We saw her 6 visits and she had results that we see in our office.

can remember.  In August of 2009, I was getting ready for a trip to

that made traveling difficult.  I wondered what to do and who to see.

My intuition told me to go see Ralph Havens P.T. I had been treated by

Ralph about 6 years prior and thought he may be able to help me again.

My concerns this time were:

•   Back pain, especially when sitting for longer than ½ hour

(sometimes less).  This was very pronounced when sitting in airplane

seats even on short flights and the trip to Italy would be 15 hours!

(was I out of my mind to consider it?)

•   Pain in both shoulders:  I was unable to carry anything over my

shoulders like a shoulder strap purse that weighed more than one pound.

I only had time for 3 appointments with Ralph before my trip.  The first

decided to give it a try.   On the first visit Ralph didn’t seem to be

doing much, just holding his hands on, over and around me in various

ways.  However I had a sense of total trust that whatever the heck he

was doing, was a good thing, so I just relaxed and went with the flow.

I later found out he was doing Matrix Energetics.

At first, I just felt deeply relaxed and then, very unexpectedly, my

body began to move on its own.  Wow!  I knew something amazing was

happening.  I didn’t know what and I didn’t care because I just knew and

trusted that it was a good thing.

On the way home, after the first treatment I felt euphoric.  Everything

seemed different.  I was happier, more at peace.  The sky was intensely

beautiful.  Something wonderful was occurring!

moving in some very dramatic ways.  I just let it move where it

wanted….a strange but agreeable experience.  Ralph said that some of the

things my body was doing were like advanced Qigong moves.  I wouldn’t

know, as I’ve never taken Qigong.  Also some movements occurred as if my

body were in a Chi machine.  Cool!

The movements periodically continued outside of PT as well.  It was

rather humorous to be watching TV and start moving spontaneously.  My

husband didn’t know what to think!

flight without significant pain.  Yes I still needed pain pills and my

TENS unit, but I MADE it!  That may not sound like a miracle, but to me

it certainly was.  The longest plane trip I had previously been on was

only 6 hours. Even with pain pills and TENS, I was in significant pain

While in Italy, I was able to carry a small backpack filled with

groceries for about 45 min.   Another miracle!  I hadn’t been able to do

anything like that in years without significant shoulder, neck and/ or

I also had times of pure, intense joy, so lovely and unexpected that

tears came to my eyes.  The joy did not have so much to do with anything

in particular that was going on, it was, rather, coming from a place

deep within me.  I have suffered from depression for many years, so this

was an amazing gift.  I’m tearing up with gratitude as I type this.

After returning from Italy, I scheduled more appointments with Ralph,

and we continued with the Matrix Energetics.

•   My Yoga poses are easier and I feel more flexible.

•   I have virtually no right shoulder pain.

•   Orgasms that are more intense and pleasurable than ever before

•   I have many moments of profound joy. (more on this below)

•   The ability to go with ‘what is’ …living, experiencing and

•   Less back pain while sitting

continued, and occur more frequently.   It can arise at anytime,

anyplace (even doing dishes!), because it’s coming from within me and

also from an interconnectedness that is beyond me. It’s not determined

For a long time I have known, intellectually, that all the things in my

life are there for a reason and should be honored.  After the Matrix

Energetics with Ralph, however, I was able to know and experience this

on a deeper level.  One day in particular comes to mind.  I was on my

terrible.  I am a sensitive person.  What I mean by this is that I react

physically or emotionally ill.  On that day, I was reacting to something

and felt very depressed.  I said to myself, “I wish I weren’t so

sensitive!”  I immediately had an epiphany……….NO! my sensitivities are,

in part, what makes me who I am.  I would not be who I am without them

and I love who I am!  I instantly felt something flip in me and….. POOF

the depression etc. was gone.   WOW!

Ralph had taught me something, on a previous session that helped with

this process.  Which was something like:  If one feels that something in

their life needs to be changed, then ask a question like:  “How has this

been useful?”  Let it drop to your heart.  Then ask something like: “If

it were different, how would it look?”  Drop that to your heart.  Then

forget about it and let it go.  This, along with the Matrix Energetics

in general allowed me to have that profound shift.

transformation for many years.  I see what I experience with Ralph and

Matrix Energetics to be a kind of key to a door of transformation.  I

got to the doorway but was not quite able to step across the threshold.

What I struggled to achieve before, seemed to miraculously happen with