Awakening from all Perspectives 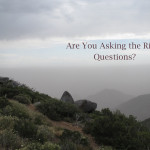 Awakening from all Perspectives

Occasionally someone will email me, what they would like from ourMatrix Energetics Distance Session that I do each Thursday at 8:30 am pacific time.  Today, I had an email from one of our friends and a subscriber to our email list.  The request was “awakening from the Deeksha Perspective” and some other cool stuff including creating a different reality for herself.  So we used this person as our surrogate for the group.

What does that mean to use a surrogate?  With Energy Medicine and in particular Matrix Energetics we have noticed that when we work on one person, other people transform as well.  Sometimes it seems as if they are connected, such as being family members; other times it is less apparent as to why someone else changes because we work on someone seemingly unrelated.  It happens so regularly now that we expect it and it is true for us; Our experience is that when we work on someone, others transform.

So today’s’ session we use a surrogate with the theme or idea being “to Awaken”.  But what came up immediately was awakening from all perspectives; not awakening based on a way that someone else describes it.  Not to say others have not awakened and that their experience can be helpful for us. But what came up was “what would it look like to awaken from all perspectives.”  What we experience as reality is really just our perspective and someone else would have a totally different perspective on what was really true.

The shift felt immediate and lots of symbols and visions raced thru my awareness.  Some things that come to mind now that I’m writing some of it down are that there are many different people talking about Enlightenment or Awakening but the definition each person gives to those terms may be different than my definition.

The one that rings true for me is to Know the Truth.  If I could Know what is True, what would I notice?  What is actually here?  What is going on here?  And, where exactly is here?

Now some might say that enlightenment is bliss or feeling as one with everything or an experience of some sort.  But for me, these feel like things and may not possibly be true in the absolute sort of way.  Now I have a different way to think of bliss or experiences of oneness or other altered states of reality.   And what came to mind during the session after some time, was “what would it be like to play?”  How would I like to play in this so called “reality”.

Two different things but useful for us looking to change “realities”.

There are many teachers I’ve studied with in the quest to learn the truth; to learn about me and the reality I see and to shift my life and reality.  I’ve found many of them useful and I’ll include some of the ones I’ve learned from below.  There are of course many others.  But how many of them are actually Knowing the Truth? Not for me to decide.  But useful to think about.  If I am to Know the Truth what might be a good way to get there?

One of my all time favorite teachers has a technique for unlearning everything that is not true.  Basically you write down what you know as true and look at it till you can see what part is not true and then you write again and you repeat this process until you come to what is True.

In this way you are not looking to someone else to tell you what is true but looking for yourself.

One thing I love about Matrix Energetics is that we can let go and trust and the universe or the field or what ever is True can sort it out for us.  We do that by asking open ended questions and then the key; we let go.  It’s an experience to experience for sure!

So the questions that came up were:

“If I did know the Truth, what would I notice?

If I was Truth realized what might I experience?

and from there some cool stuff popped in.

If I were to play today, what would I notice?

If I were to have an exhilarating, fun reality what would that be like?

With play it’s the idea of “if I don’t know what is true….. if it’s possibly all not true?….. how would I like to play in this “reality”?

With Matrix Energetics we let go and notice where a so called reality is in so called time and space.  And funny thing is when we look again it’s different. Stuff has changed.  Now when we think of play we can pretend to play or visualize us trying to play but that’s not it.  It’s like a 2 year old plays.  They play for real.  It is real to them.  Funny thing is our reality is real to us too.  But maybe no more real than the 2 year old’s “made up” reality.  Or the people at Comic Con each year in San Diego.  Some of them are just playing to be super heroes but there are some among us that being a super hero is their reality.  It is their true reality as much as our so called “reality” is real to us.

So we have two sides to this What is True thing and changing our Realities to ones that are more useful for us.  The first, Knowing the Truth has nothing to do with what we perceive as reality; but instead letting go of everything that is not true.  What we perceive as reality is coming in through our senses but are then converted to chemical and nerve signals that our brains read as reality.  Sounds kinda like the way a T.V. set brings in signals and makes a reality appear on screen!

Thoughts from the so called Field by Ralph Havens 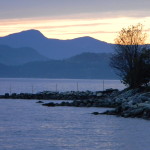