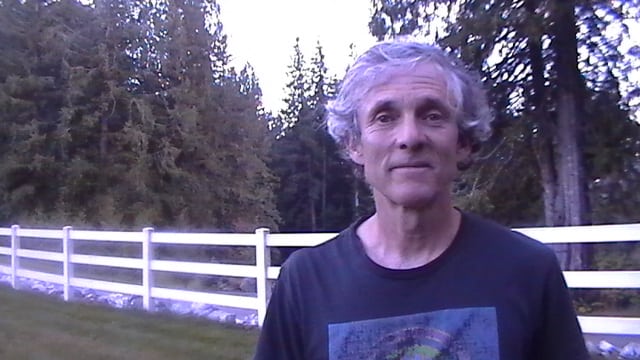 I get asked what types of cross training and other activities a long distance runner should do from time to time.

It’s interesting because I’ve seen a pattern in some endurance athletes and I may have a way to keep us running for years in a healthy way.

You’ve got an interesting athlete in the long distance runner, the ultra-runner, the high performance runner or endurance athlete such as a cyclist or triathlete.

On the one hand, the more you train, run the better you become as a runner or endurance athlete.  On the other hand, do too much and people can end up injured or burnt out.

How do you know how much to do and how much is too much?  Is there too much?  these days there are many ways to push the limits of human endurance.  There are 100 and 200 mile races through mountain areas, there are long distance runners training 100 + miles a week; even up to 200 miles a week.

One thing I see is some thing called adrenal fatigue or adrenal exhaustion.

Alberto Salazar had a version of this.  He is well known for his ability to push himself beyond humanly possible.  Just google him and you get an idea of how committed he was to winning. I have a story of a friend; a very good world class runner in his day who was being recruited by all the top high schools around the country.  He was one of the best in the 2 mile having run in the 8:40’s for 2 miles.

He told us all about a day visiting the University of Oregon on a recruiting trip.  He had the opportunity to run a workout with the U of O team.  Right off the bat, Alberto Salazar took off and he never saw him the rest of the workout; he was so far ahead.  The remainder of the workout was as my friend calls it, “the best race of my life”  This is a guy who went on to run 13:30 for 5000 meters and his best race was a workout with these U of O runners!

After the run or “race” he was peeing and blood was coming out. Al Salazar was next to him peeing as well and said something along the lines of “oh that’s when you know you’ve had a good workout “.  yikes!

Alberto Salazar was given last rites at least twice after races because he had collapsed and was on the verge of disaster.  This is a man who could push limits.  It almost cost him dearly.

Alberto went on to greatness but before the Olympics in Los Angeles he became seriously ill and never recovered; not running well in the marathon and never returning to top form.  He later suffered a heart attack and recovered from that and now coaches the Nike  Oregon Project.

As he coaches Galen Rupp and Mo Farah and many others to greatness, he has learned from his past and does not let his athletes over train or push limits in every workout like he did.  He has a plan and it includes hard work and also good rest and it’s planned out.  His athletes win but also live a healthy lifestyle which insures long term success.  They’ve won Olympic medals and continue to train and race at the highest of levels.

So what I notice is that adrenal stress is a part of the equation.

When training at a high level or doing anything at a high level physically, there is stress.  Stress is good; you build from stress by resting and receiving and coming back stronger. But training hard and not recovering can work for a while but over time the adrenal stress can get to the athlete causing breakdown which may be hard to fully recover from.

A good coach is not one who just pushes his runners beyond limits but knows the balance between training and rest days and training cycles and rest cycles.

So what should a runner do for cross training?

Our sport; running is already a physical stress.  We don’t need more stress.  So what activities may be something to reconsider?

Activities that stress the adrenals are things such as hot yoga, spin classes, other gym classes where there is a big stress level.

Cross training that may be more beneficial in my opinion would be things that balance the flexibility, strength, coordination and balance without stressing the adrenals.  Check out things such as gentle and intention filled Pilates, Feldenkrais, Qigong and running drills and exercises.

What I encourage runners to do is take an extra day off or a couple days a week at a very easy jog and see what it does for the hard training days and the race day effort.

Much more to talk about with this subject but this is good place to let it set and if you want more information let me know.

If you’ve been running at a high level and read this far, you already study the sport and training and do great things for your training.  You already do this now.

If you might want to learn more about how to use some of these alternative cross training systems into your program or modify your training schedule let me know. Over the years of running at a high level and having to find answers for myself and my clients and friends, I may be able to give you some useful info.