Bang for the Buck Part 1 The Universe is Listening 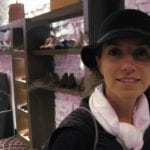 BANG FOR THE BUCK
(PART I The Universe Is Listening)

Ralph recently had a pretty profound experience around doing trades.
He has been working incessantly on shifting himself and our business so his work can reach more people and help more people.  On top of all of the training he does and has done to improve his (therapy) skills, he also works with business coaches to refine and clearly communicate his message so it reaches those whose lives it will change. He’s invested in a new website that more accurately reflects his Being and his offerings.  He gathers and reads books from mentor after mentor.  He meditates and does hours of Qi Gong daily.  And, he’s gone through layers and layers and layers (and more layers!) of beliefs, uncovering limiting ones and installing new beliefs that create expansion and freedom.
He has been relentless.  And it is because he knows he can help people in a way that can completely change their lives.  Getting people the help they need (when he knows he has it and he knows they are struggling) drives him like nothing I’ve ever seen.
And yet, despite his incredible (therapy) skills and all of his efforts to improve how he gets people the help they need, he hit an odd patch. He suddenly had a few months of person after person who really needed and wanted his therapy, but felt they couldn’t afford it.  It was very clearly a pattern.
He dug through belief after belief, deconstructing himself once again.  Suddenly, he had a blazing urge to stop the one trade he had been doing.  It had been useful.  It had been helpful.  It had been fun.  But he instantly saw some things clearly.
“If I truly believe my work is valuable to people (I am asking them to pay money for it), why am I showing the Universe I will give it away for free?  What do I really believe I am worth? And what is this showing the Universe about how I value the other person and their work?”
“If I truly believe in the ability of the other person to be successful and abundant, because they have something of value to offer that I want AND others will want, why would I act as if they can’t afford my work and can only get it if it’s free?”
Now you could say that it wasn’t “for free” because there was a trade.  He was simply “skipping over” the middle man, Money.  Hmmm, skipping over money.  Is that really what you want to do?
Long ago, Ralph used to do a trade where he and a practitioner would go pretty much hour for hour, but each time they would receive a session, they would hand over a $50 bill.  That bill went back and forth many times between them, but the point is, it did go back and forth.  It was part of the process, part of the exchange.  Most importantly, it was part of an ABUNDANCE mindset.
What Ralph realized recently was that he had slipped into a pattern where he had not been playing in the belief system of Abundance.   Some subtle belief he had been acting upon was based in fear and limitedness.  That belief played out in his action of “trading.”  The Universe listens to our ACTIONS and gives us more of what those actions show it we believe.  Now, Ralph had been doing lots and lots of actions based in beliefs of abundance, love, expansion, and freedom.  But the Universe likes to know you are ALL IN, and that means letting go of ANY actions that aren’t congruent with true abundance.
He promptly changed his action of trading. The next week, four potential clients he spoke to not only wanted to work with him long term, they also felt they had the money to do so and signed right up. They excitedly jumped in, engaged and immersed in their transformational process, on a road to more freedom to live the lives they want to live.  They invested money in the value they saw Ralph offering (and in themselves!).  And Ralph is supported in living his passion, helping people get what they want. THAT is the exchange money can facilitate.
Ralph found a way to more clearly value himself and what he had to offer AND those coming to him for his work and what they have to offer the world at large.  He uncovered and shifted some subtle yet powerful beliefs and watched life change around him.  The difference has been night and day.  And once again it has shown us, mind your thoughts, tend to your beliefs, act your truth, because truly, the Universe is listening.

Are you an inspired person yearning to make a difference in the world, but hitting some roadblocks? Visit Ralph at ralphhavens.com and sign up for your free “Getting to the Root Cause” session with Ralph.